The incredible one-armed drummer we call the ‘Thunder God’, Rick Allen turns 54 today. He was born on November 1, 1963 in Dronfield, Derbyshire, England and has been in Def Leppard since 1978, joining the band on his 15th birthday.

Rick and the band have been very good to us over the years. We count 11 trips to Maine from their 1st show opening for Ozzy Osbourne in 1981 at the Civic Center...

Happy Birthday Rick Allen! He's a great artist and a wicked nice guy! For example, when Def Leppard played the Portland in the early 2000s we remember seeing Rick step up to the barricade a greet fans on Free Street. This was just outside the backstage door to the Civic Center. He took his time with everyone signing autographs and giving out hugs...a very happy rock moment for some lucky Blimpsters!

Watch him work earlier this year in New Hampshire!

And we gotta throw this in there again too! Me and Def Lep backstage at the Civic Center in Portland back in '87 for the Hysteria tour! 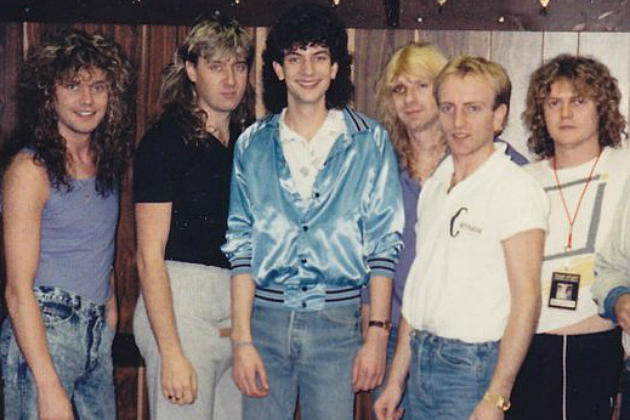